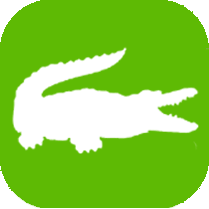 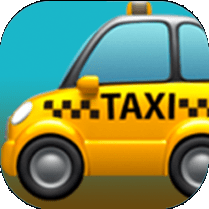 Uber Over
Outcalls
When you're too lazy to go out. "Uber over, babe".
• View UBER OVER

YOLO
20 whatevs
Young things in their 20s who will try anything once or twice.
• View YOLO now

TRANS-X
trans
The full-monty, for when nothing less will do! Nice dick, babe!
• View TRANS-X now

ListCrawler is a Mobile Classifieds List-Viewer displaying daily Classified Ads from a variety of independent sources all over the world. ListCrawler allows you to view the products you desire from all available Lists.

The Category that you are currently viewing is:
ADULT(Escorts)
This section gives you access to all Posts from the following Sources:
Cheepo's List
Escort Babylon
MegaPersonals
City Pages (TransX)
King-Dong Ent (Spazilla)

LC+ is our Premium Service allowing you to manage, track and store noteworthy Posts by offering the following Bonus Features:

Lets you to Save your selected Posts permanently & anonymously. The Saved Posts are never stored on your device, and do not leave any trace - yet you can instantly and securely access them anywhere, anytime.

Gives you the ability to make Private Notes and comments on specific Posts and store them for future reference.

Permits you to temporarily mark select Posts for easy and quick visibility. This is especially useful for comparison shopping while considering options. "Hilight" compiles all Marked Posts under a single "Hilights List". (Hilighted Posts and are automatically deleted after 6 hours.) 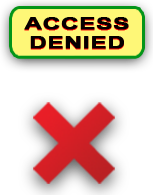 ×
Fan Mail
How much do you love us? Tell us here!

Incalls and Outcalls available
slim thick , brown skin , freak body , always willing to have have fun , down
for whatever .. NO WERIDOS !!!!!!! I also do couples 😜😜😜😜😜😜 inbox me for
more details 😘

North
Im 29 super freak nasty. Suck ur soul out and spit it back at aka NyQuil mouth.
pussies tight and wet go both ways great on both sexes here to pleaseCall if
you're trying to fuck with that real nasty bitch short stay 50 an half hour 75
an hour 125

AIRPORT and DELCO AREA
Sweet and discreet, Im a young sexy Italian tasty treat🍭..I provide top of the
line CLEAN UNRUSHED SERVICES. Relax with me, I promise you wont be
disapointed!! My reviews speak for themselves...
⭐Pics are 100% REAL AND RECENT OR FREE!!
⭐100% Independent
⭐Drama Drug and Disease Free
⭐Well Reviewed✔EMID#217583 at Eroticmonkey.chmm
⭐NO BLACK MEN SORRY!!⭐
➡ I Also Sell Pics/Videos, Accepting Cashapp Paypal and Venmo!! ⬅
JASMINE 📲 215 868 3481

Just looking for sex a one night stand_are u free to meet up tonight. I'm 27
y/s old sweet and sexy chubby girl. I am still available this city on my sis
house. My sis moved out here like a few months ago for a job. I am bored and
alone looking for someone who is also like chubby girl and enjoy good sex time.
Age no problem. AM NOT HAPPY MY SEX LIFE. I can host any-time....... Call Or
Text my personal Number☎ 📞2405642908

Looking for nice locals or men who visit often that would like my services when
you have time! I am social media friendly and accept calls and texts 24/7 but
will not respond to rude requests, sorry! Hope to hear from you soon!

North Philadelphia❤️💯😘😘
North philly p2p 5' 7" 200lbs chunky and definitely sexy as hell
❤️❤️❤️💯💯🤫
looking to meet now.very freaky and discreet and have many different skills. i
DON'T OFFER BARE!! if i sound like someone you may want to see
please feel free to hit me up anytime. 2679042530 anytime North Philly
..🥰🥰🥰

Northeast
Simply put, I'm definitely what you need but in order to find out if you find
out you have to come behind the phone
Thee Ladyyy that is everybodies FLAVOR

Uptown
hmu when your ready. INCALLS ONLY.

California Girl ready for a great time , Lets hang out 😌 420 friendly too 😉😉

Near airport
Your sexy yellow thick bone Im 5'3 soft smooth skin .. i love to have fun and
love to take care of your every desire .. Tired of the catfishing and
unprofessionals well look no futher 100% REAL and genuine and I love what I do
don't hesitate give me a call or send me a text
267-244-5947

my pussy is dripping wet and ready to stick your dick 🥰🥰i promise to give you
good service i accept greek ,anal,GFE , i promise to make your day dont text me
if youre not ready to host

North Philly
COME SPEND SOME TIME WITH ME FELLAS...PLEASE DON'T HIT ME UP IF YOUR NOT
WILLING TO COME TO NORTH PHILLY.... NO SHOWS, DISRESPECTFUL NIGGAS WILL BE
BLOCKED...OTHER THAN THAT FELLAS THIS PUSSY IS READY
PROTECTION ONLY PROTECTION ONLY CONDOMS 💯💯 💯 COME FUCK ME RITE 👅🍆💦💯BRING
CONDOM

Im available for incall and outcall
25

Mature and cassic😍and I offer full service ,both incall and outcall ,cardate
,I smoke and party

slim petite and ready for fun
23

Philly
slim thick , yellow bone, 6 foot baddie🥰
everything is legit & it's real .. hmu fellas you won't be disappointed! ihave
the BEST pussy!💦👅🍑
DOING INCALLS/CARDATES ONLY RN!
i charge extra by the distance i travel ! SERIOUS INQUIRIES ONLY!!
484-718-9444
(if you got percs/8th's looking to buy)

Airport area. Sw
EEX , SLIM , GOODIE. Guaranteed to leave you satisfied . I AIM TO PLEASE.
Waiting on you

fuck and suck 60 i host or cardate

21st west Nedro ave (I host only ) or (cardate your car
If you are not into BBW then please keep it moving.If you can not get to the
Germantown section of phila please do not call or text.If you are not coming at
the time of text please do not ask for my street location
1.RIM jobs
2.No swallowing
3.No pictures taken or Recording
4.No Fetishes or fantasies of any kind
5.Now if i do decide to have sex with you condoms are a must at all times
6.Absolutely low ankle sex at all do not ask if you ask you will be blocked
immediately

Avaliable To Service You This Morning ❤
29

Copyright - ListCrawler is owned and operated by the Illumunati. All rights reserved 1776 - 2020. Join the fight against the Reptilian Overlords.

Philadelphia is an especially great place to explore during the day when you can see everything in all its glory. Before you head out on an evening adventure with your Philadelphia escort, you might want to check out some of these notable attractions that make Philadelphia the special city that it is.

What is it that you could hope for in escorts in Philadelphia? That’s really for you to find out, but we can certainly promise exciting things in store! What you probably won't have much luck with are budget cock whores, cheap escorts, and cheap whores, or she-males and transsexuals.

What ListCrawler offers is the chance to meet lots of mature ladies, MILFs, cougars, Asians, Latinas, and most every other type of hot, sexy, and available women you could think of. In short, ListCrawler has pretty much everything that you could want in an escort.

Best places to meet up in Philadelphia

Looking for a place to meet up with your escort in Philadelphia? There are literally hundreds of options available to you! These and many other places offer you a great way to discover what the City of Brotherly Love is all about, and you can definitely make some lasting memories here.

One of the oldest farmer’s markets in the country, Reading Terminal Market is a food lover’s paradise that just keeps getting better and better over the years. From fresh local produce and meat products to gourmet cheeses and desserts, the market has loads to offer anyone who is willing to explore its depths. You can even grab a seat at one of the many outdoor tables and enjoy food from dozens of vendors.

For a bit of American history, you can't beat the Independence National Historical Park at the historic square mile district. Here, you can learn more about how democracy sprang froth in the country, via several notable landmarks and attractions. Among the most famous of these are the Liberty Bell Center, the Independence Hall, The President’s House, and Franklin Court. In the summer, the park becomes even more rewarding with walking tours led by park-appointed rangers.

Also showcasing the nation's history is the Independence Hall & Carpenters' Hall, which is associated with both the Declaration of Independence and the U.S. Constitution. All throughout the year, guided tours are held here, so there is ample opportunity to learn more about the different attractions.

To round out your historical exploration of Philadelphia, pay a visit to the Museum of the American Revolution. Here you will see a staggering collection of Revolutionary art and artifacts showcased in a surprisingly high-tech exhibit.

All that history is bound to get you in the mood for some nocturnal distractions, and Philadelphia is as good a place as any to take them all in. These nightspots will show you that there is a lot more to the city than its homage to the past, and you will see that Philadelphians can party just as hard as the best of them!

First stop is Union Transfer at Callowhill, where you can enjoy some of the finest live musical entertainment around. Formerly the site of the Spaghetti Warehouse, the building is now a 1,200-seat music venue that hosts such notable acts as Beach House, Dinosaur Jr., and Kurt Vile among others. The beer is pretty reasonably priced, and there is even a lobby bar where you can enjoy your drinks and company in relative quiet away from the live floor.

The Fillmore Philadelphia at Fishtown is inspired by the famous San Francisco venue of the same name. Like that other more famous venue, this one plays host to a variety of national and international acts such as LCD Soundsystem, 2 Chainz, and Broken Social Scene among others. There is even a smaller upstairs venue known as The Foundry, where bands of a more independent bent hold reign.

The Boot & Saddle at Hawthorne is a pretty modestly-sized venue by most estimates, holding only 200 people max. Nevertheless, some of the most respected acts in the local and national music scene have performed here, and you can certainly have just as good a time as in the bigger music venues. Best of all, the food is absolutely superb, and the menu selection rivals that of even the most famous restaurants in Philadelphia.

Also worth checking out is the Trestle Inn at Callowhill, which looks pretty much like your ordinary, average "whiskey and go-go" bar. Take a seat inside and absorb the vibe for a bit however, and you will realize that it is like no other dive bar you have ever been in. With a decidedly "flapper" bent, it is more a combination dancehall and speakeasy where old-school nocturnal delights reign supreme. The drinks are priced a bit high, but the selection focused mainly around whisky is pretty unbeatable. The food isn't much to write home about to be sure, but what the place lacks in culinary delights, it more than makes up for in vibe and attitude.

Like what you've seen so far? Let ListCrawler help you find the perfect escort that will enable you to enjoy the wonderful city of Philadelphia even more!

ListCrawler has thousands of escort profiles with photos, reviews and ratings that help you avoid getting ripped off. Legion of Rogues is accessible to you on Escort Babylon and ListCrawler. You could also place ads directly into MegaPersonals from ListCrawler. You won't see any police or law enforcement officials on ListCrawler because there are no prostitutes, whores, or sex workers there.

Get in touch with ListCrawler today!

Look for Escorts in Popular Cities